Latest News On Ocean Fishing Off the Humboldt Area Coast

From the Humboldt Area Saltwater Anglers

Good News: We have extended the date for submitting entries through THIS WEEKEND (closing Oct 4 11:59pm)…Post (to HASA Facebook page) or email me here with your pictures (2 pictures: one of you and fish, one of fish and measure) ... ...

Summer Newsletter Hot Off The Presses

Hope the fish are biting,and everyone is staying safe during this summer. Our team has been working hard to get the summer newsletter out and ready for everyone. Big Thanks to Joe Polos for all his hard work! In this ...

As Promised we are continuing the Biggest Fish Contest with more categories! Now it’s Time to see the Biggest Black Snapper, Salmon, California Halibut, Albacore, and Exotic Fish. And We are waving the entry fee… ...

Fishing Season is open! Even with COVID-19, fisherman (and women) can enjoy their love of the sport. So Who Is Going to Catch The Biggest Fish? HASA is hosting two Biggest Fish Photo Contests for the current Pacific Halibut and ... ... 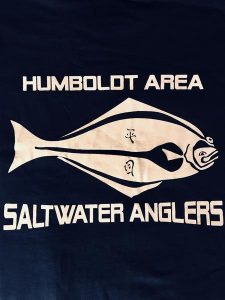 April 9, 2020 Good morning/afternoon/evening…  We hope this finds each of our members well amid this growing crisis. We urge each household to take the advisements of the CDC, county, state and federal governments seriously and ...

Fellow HASA supporters and fishing enthusiasts, we had a board meeting yesterday and made the difficult decision to CANCEL our 2020 fundraiser scheduled at the Arcata Community Center on 4/25/20. We would like to thank all the persons ...

Hello fellow Crabbers As we approach the new season, I’d like to give you some thoughts to think about. First and foremost, have a safe and rewarding 2019-2020 season. Secondly, realize we are in a very precarious situation.  We ...

Longrange fishing report from Baja...The Captain of the Polaris Supreme made a last minute decision to not head to the blue fin grounds. It was a good call as a storm came in and the bite turned off. All blue fin trips were cancelled. Instead we headed for the Ridge. Unfortunately the storm followed us south with rough seas, high winds and even rain during our 10 days. Skip jacks and yellow fin were hitting all rods. The biggest yellow fin in the 30lbs. Because the fishing was slow we slid on down to Alijos Rocks. The dorado and yellowtail bite was amazing. Wahoo was slow in the rough seas. A few marlin were hooked (I hooked one as well). On our way home we stopped at Rosa Banks where some big dorado were found. Great trip. ... See MoreSee Less

For all you Salty Dogs that like crab. Looking good

The blue fin are on the bite in SoCal. This weighed in today at 258lbs from a 3 day trip on the Polaris Supreme. Tomorrow I board the same boat for a 10 day trip. We’ll hit the blue fin waters as well as Mag Bay. ... See MoreSee Less

Diesel pump is out of service at England Eureka, check before you go. They said it’s out for a week. Unleaded is available. ... See MoreSee Less